Professor Andrea Fracasso is a Professor of Economic Policy (Economics) at the University of Trento, where he is the Director of the School of International Studies (since 2016) and a member of the Department of Economics and Management (since 2006). His research interests are far-reaching, multidisciplinary and cover the areas of International Economics, Regional Economics, European Economic Integration and the Chinese Economy. A list of selected publications can be found below. 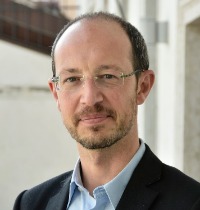 “The consensus about globalization and international trade has been decreasing over time. The crisis of the international liberal order has accompanied the re-emergence of a more confrontational approach among States. International cooperation and international confrontation are increasingly driven by a composite set of domestic and international concerns, ranging from internal redistributive problems to international competitiveness, from technological primacy to resources availability, from access to networks to protection of privacy, from environmental risks to the protection of property rights. Not only globalization has been questioned both domestically and internationally. Some countries also started to “weaponize” the level of interdependence achieved after decades of economic integration, for instance through a targeted use of sanctions and restrictions to foreign investments. Other countries openly question the traditional model of economic governance and put forward alternatives, also in the attempt to expand their geographical spheres of influence and project power. The rules of the game have changed. Understanding the economic and political drivers of this phenomenon is of utmost importance.”

Professor Fracasso is available to provide supervision for students with an interest in security issues regarding the area of international economics, such as economic sanctions, trade wars, agreements of economic partnership, economic determinants of political instability, global and European economic governance.

At the University of Trento, he has taught courses on the Economics of European Integration, International Economics, Global Scenarios, Central Banking and Financial Markets, Macroeconomics, at the BA, MSc, MA and PhD level.

He was granted a Jemolo Fellowship by the Nuffield College, Oxford in the Summer 2012 and in 2014 he was a research fellow at the Center for Asian and Pacific Studies of Seikei University in Tokyo (Japan). He returned to Tokyo for a visiting period at Hitotsubashi University in 2017. Since 2014 he serves as Associate Editor of the scientific journal “Economia Politica – Journal of Analytical and Institutional Economics” published by Springer. He has served as an economic advisor to policy-makers and is a member of the European Network for Economic and Fiscal Policy Research. He sits in the Scientific Committee of the Festival of Economics in Trento, founded almost 15 years ago and currently the most important event of its kind.

“This project has been funded with support from the European Commission. This publication [communication] reflects the views only of the author, and the Commission cannot be held responsible for any use which may be made of the information contained therein.”
“With the support of the Erasmus+ programme of the European Union”